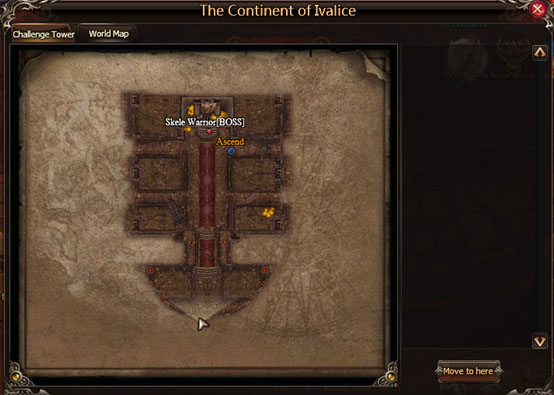 2.Instance is divided into Easy，Normal，Hard.

3.There are single mode and team mode
.The players which meet the requirements can access instance in single mode and attempt to solo the tower.
.Only team leader can start team mode instance.

6.Instance Time:
Count down will start once the instance is entered, when the time is over, the instance will end.

7.The challenge tower has 9 floors, and there is no portal in 9th floor.

8.The portal is open on each floor but players need to kill all monsters on current floor, before they can enter the portal

9.Players will not get rewards if they quit instance before completing all floors.

10.Instance complete:
The player has killed all enemy on last floor.
Timer of instance has run out.
Once NPC HP is down to 0 ( the instance finishes but is not completed)